Those looking to be entertained by the Super Bowl commercials this year will be treated to a star-studded, Boston-themed spot from Hyundai.

The 60-second comedic ad that will run in the first quarter of the game will feature a cast of well-known Boston celebrities including Chris Evans, John Krasinski, Saturday Night Live alum Rachel Dratch and Boston Red Sox legend David Ortiz.

The final ad will make its world premiere during the Super Bowl Greatest Commercials 2020 special on the CBS Television Network on Monday, Jan. 27 from 9-10 p.m. ET/PT, which will also include an exclusive behind-the-scenes segment on the making of the spot.

Chris Evans and John Krasinski headline the cast. Chris Evans is a well-known actor who stars in both commercial and independent films and an upcoming Apple+ show that he produced as well. He is also making his first appearance in a Super Bowl commercial. John Krasinski is an award-winning actor and filmmaker who has written, starred in and directed numerous critically acclaimed TV shows and movies.

Rachel Dratch, a popular comedian and actress, was a widely recognized SNL cast member, along with being a guest star on several popular TV shows. David Ortiz, nicknamed “Big Papi,” is a Boston Red Sox legend who was a three-time World Series champion and a ten-time All-Star.

“Casting is such a critically important part of the ad, and we found four celebrities who worked perfectly together and made our creative concept come to life brilliantly,” said Angela Zepeda, CMO, Hyundai Motor America. “Combine that talent with our director Bryan Buckley and the team at our ad agency INNOCEAN, and we think we have another winner on our hands. We just finished testing the spot and it performed exceptionally well. We can’t wait to release it on CBS’ primetime special and show everyone a little bit of what went into the making of the spot.”

Director Bryan Buckley, also a Massachusetts native, has directed over 60 Super Bowl commercials. Buckley is an esteemed recipient of the Directors Guild of America award, multiple Emmys, and over 50 Cannes Lions, in addition to being named one of the 50 Best Creative Minds in the last 25 years by Creativity Magazine. The spot is produced by his production company, Hungry Man, which has been recognized as the top commercial production company in the world at the Cannes Festival Palme D’or and made the Cannes Top Ten Production Companies list for more than ten consecutive years, the first production company in history to do so.

Barney Goldberg, INNOCEAN USA’s executive creative director explains, “It all starts with a great script, and we went through hundreds to get to this one. Obviously, humor is always a great way to disarm the viewer and grab their attention. This particular idea focuses on the iconic Boston accent. It was important to us to make sure everything was authentic. Shooting in Boston instead of a backlot and casting Boston icons really paid off for us in this spot. We even threw in a few local ‘Easter eggs’ for anyone paying close attention. I think we really captured the feel of the city as well as highlighting a great feature on the new Sonata.”

Hyundai’s Super Bowl commercial will also mark the beginning of the national advertising campaign for the all-new 2020 Sonata. The Sonata is Hyundai’s longest-standing and most successful model, and the all-new version offers a bold, distinctive design and numerous convenient and safety technologies. It is a fully transformed vehicle that showcases a sporty four-door-coupe look and represents Hyundai’s new focus on creating an emotional appeal using proportion, styling and technology.

The latest Sonata is the first model to be based on Hyundai’s new, innovative vehicle platform, which delivers improvements in overall driving performance. The car uses an extensive application of advanced technologies to boost comfort, convenience and active safety, including a new Digital Key —allowing the vehicle to be unlocked, started and driven without a physical key.

Hyundai’s 2020 Super Bowl marketing campaign was developed and is being executed by its agency of record, INNOCEAN USA. The Super Bowl will be played on February 2, 2020 in Miami and will be televised on FOX. 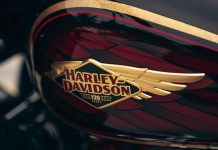 Harley-Davidson kicks off 120th anniversary with reveal of 2023 motorcycles 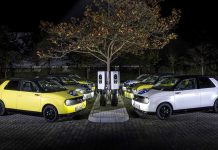 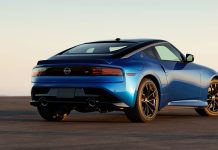 ABOUT US
Created by Cars enthusiasts, Motorsactu.com is an information portal entirely dedicated to cars, ranging from small cars, compact cars and sedans to coupés and cabriolets, even also motorcycles & bikes. You will find in on our site all the two and four wheels news. MotorsActu.com, A burning passion for Cars!
Contact us: contact@motorsactu.com
FOLLOW US
© Motors Actu - www.motorsactu.com | Powered by: FLAMBOSOFT | All rights reserved